What's Wrong With the World? You??

Glancing at the average Twitter feed, TV Guide or checkout line magazine rack, it’s a wonder many of us aren’t screaming bloody murder from the street corners with so much wrong with the world.

On one hand we have people who say they’re worried about climate change, minimum wage and corrupt politicians, while on the other we have daily evidence that the majority of people just don’t give a shit.

Lots of people are more interested in celebrity’s love lives than they are in their own; more interested in finding new ways to spend their money than to put it to good use. Everywhere we look you can see evidence of the hypocrisy of the middle class:

We want change, we just don’t want to change us.

Substitute any of today’s magazine, news and tabloid media headlines for those of 20 years ago and you’ll see that nothing has changed because we haven’t changed.

When you’re waiting in the check-out line, glancing at the headlines of the magazines you’ll find on every check-out line in every country on the planet, what are you thinking?

Are you one of the the 127 people who within 42 minutes felt this was worth “retweeting” to your friends?

Are you one of the 202 people who think zombie proofing your house is important? Funny? Worth sharing??

For those of you who believe “there is something wrong with the world” right now, I believe the issues can be boiled down to this: YOU have been convinced that your time is better spent following than leading. Our entire economy is based on you following and consuming.

Are You what’s wrong with the world?

Are you a follower or a leader?

Which one were you brought up to be?

Do you know who the Kardashians are? Do you care?

Does it even matter if you care?

I’m no expert on that family but clearly they’ve mastered the great art of persuading lots of people to care who they are, what they’re wearing and how they spend their days. Good on them.

The System has subtly persuaded most people that “in order to improve myself, I must buy something.”

For lots and lots of people, their job is to sell you the lives of other people. Sports celebrities, rich girls in dresses, yes, even Noam Chomsky and Harry Potter. Some people broadcast their own lives, but anyone with any sizable following “has people for that”.

Now, I’m not interested in judgement, that’s for you to worry about.  I’m interested in suggesting a simple question to ask yourself tomorrow – one that I’m asking myself more and more lately:

When I’ve finished doing all the daily things I need to do in a day, like earning money, family responsibilities, chores,  etc., what do I do for me with the rest of my time?

I’ve realized that I’ve been indoctrinated into a system that has persuaded me to spend most of my “my time” buying the shit that other people have wasted “their” time trying to sell it to me.

How much time do you spend in a shopping mall? Watching TV? Following Twitter feeds and sorting your iTunes library? Playing video games?  Even reading magazines or books is time spent digesting the interests of others–even if those others are authors you admire or pretty people you want to emulate. How much time have you spent agonizing over selecting a colour for a new thingy, or researching the safety history of the latest whatsit? I have friends who spend their “free” time researching which baby food is safe to buy – shouldn’t all baby food be “safe” to buy??

The fear of buying the wrong thing is all part of The System’s economic plan, isn’t it?

We have been indoctrinated to call this time “time off” when it’s really “time on”–it’s certainly not restful. We never spend it “off” anymore, do we?  When was the last time you just spent time with yourself quietly? Perhaps sitting on the porch, or going for a walk in nature, or, dare I say it, enjoying some quite time to think and reflect?

The truth is (or so I’m told), most people on the planet don’t have time for themselves. Perhaps you don’t think you do.

Watching TV, reading the latest magazines, surfing the web, playing video games, reading books, listening to the radio, shopping, banking, Tweeting and Facebooking, sorting our music, sorting our shoes, sorting our hard drives.  This isn’t “doing nothing”, this is all doing something and we have been skilfully persuaded that these are a good use of our “Down” Time. It’s not a conspiracy, its Capitalism. Even meditating has become a growth industry.

Don’t get me wrong, I like to chill out with popcorn and a movie, or episode after episode of some tv series (I have to skip the inane commercials), but it occurs to me that if I want to change the world – if I want to be a change maker or a thought leader – if I want to make a difference, then I need to start doing things differently.

I need to spend more of My Time working for Me.

After I’m done earning money and doing all the crap the average middle-class North American needs to do to get through a day, I’m left with time to build my dream life.

It’s the only time I have left! Society has persuaded me to give the rest of my time away.

If you want to build something, to change your life (and if you want to see what’s wrong with the world improve) you first need to realize that Your Time is the only time you have. Spend it creating your contribution to the world. Spend it making your life better. Waiting for “the right time” while you continue to consume everyone else’s contributions changes nothing. It simply perpetuates the world we have today. 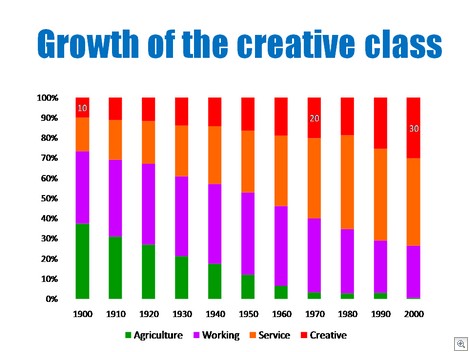 What would we talk to our friends and families about if we were building our dream jobs? Or working on our dream project or hobby? Would we talk about TV and the weather? I doubt it.

Before television and the media was so influential, this is what people did with their free time.

How are you going to spend your time? I for one am going to try to get off the damn couch.

Tagged with: Capitalism Change Fear Society The System wrong with the world

Previous: It’s Time to Let Go of Fear
Next: Crowding-out the Assholery 101

Fear is made up. What's real are people, laughter, moments. Let go of fear - it's designed to hold you...