World Peace is not impossible, nor is it improbable

World Peace is just being held back by people whose interest (profits) in the status quo out weigh their limited understanding of the economic and social possibilities that World Peace could offer. The world is working just fine for them as it is, why encourage change?

According to globalissues.org, global military expenditures was $1.756 Trillion in 2012 alone. 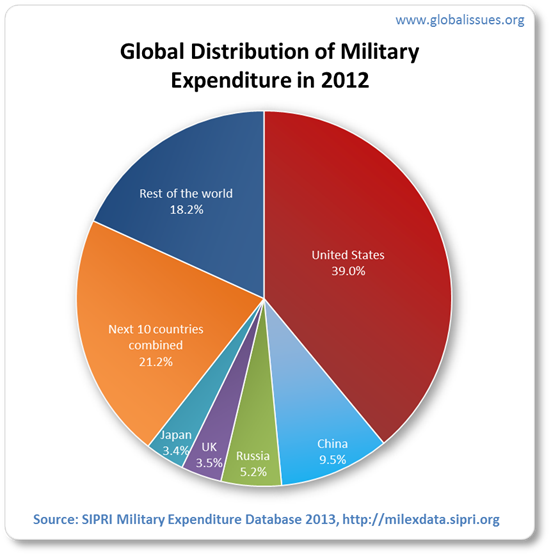 Most of that money ended up in the coffers of privately held corporations. In 2012, 37% of American’s taxes went towards paying for new and past wars, while only 2% went towards “Diplomacy, Development and War Prevention”. 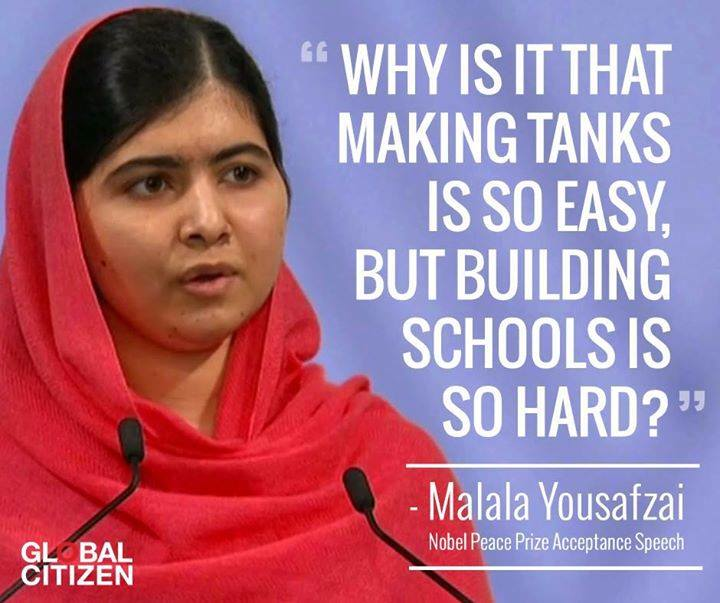 Thanks to Privatization (a euphemism for selling off, and profiting off the Commons) more and more of the military establishment is being handled by private, for-profit corporations. Food service, laundry, camp deployment, and of course, building the machines that get blown up, scrapped, left behind (here, and here) or accidentally given to the enemy have all been privatized.

This is public money (personal income) taken by Government (taxes), and handed over to private for-profit corporations who earn profit from death, pure and simple. These companies, their executives and their shareholders literally have no interest in Peace. 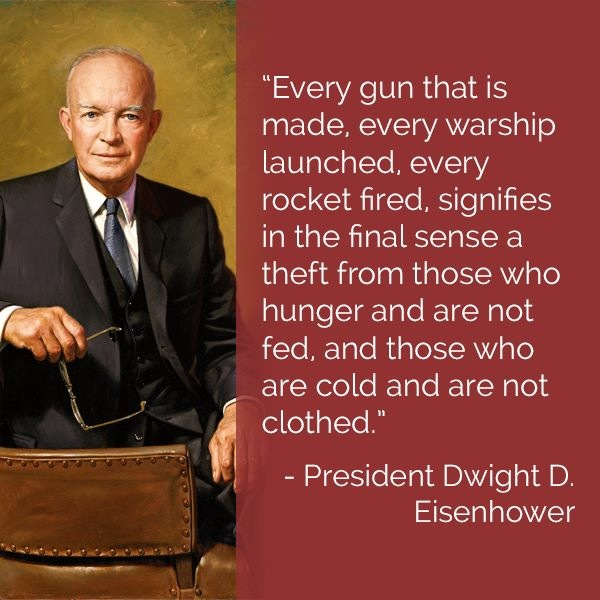 Imagine how else that money could be used.

The executives of these corporations sit on government task forces, committees, and of course finance major lobby groups to ensure their continued corporate success – just like any other Capitalist. Protecting (and defending) your market is just good business practice. 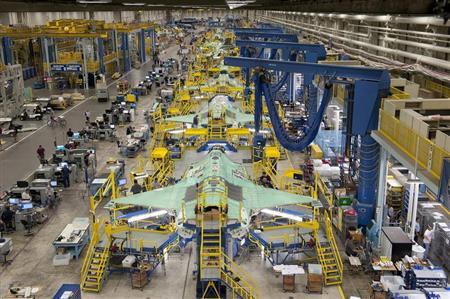 According to OpenSecrets.org, a web site that tracks corporate purchasing of politicians, Lockheed Martin spent almost $15million on lobbying the US Government, and gave over $4million in campaign “contributions.”

Apparently 70 out of 109 Lockheed Martin lobbyists in 2013-2014 have previously held government jobs.

According to citizensforethics.org, at least nine of the top-level U.S. generals and admirals who retired between 2009 and 2011 took positions with the five largest defence companies contracting with the government: Lockheed Martin, Boeing, General Dynamics, Raytheon, and Northrop Grumman.

Privatized militarized defence contracts and globalized corporations build the weapons while their majority shareholders use their political and media influence to sell the people on the need for war. Many of these companies hold controlling interest in the very media corporations that sell us the news to begin with…

Did you know that until 2013, General Electric Company, ranked 16th in the “Top-100 U.S. Department of Defense (DoD) Prime Contractors in Fiscal Year (FY) 2013” also owned a controlling interest in NBC, one of American’s biggest media conglomerates? So they profit off building wars, profit off selling wars, profit off reporting wars, and profit off all the advertising sold during shows “discussing” wars.

Vertical Integration at its finest. 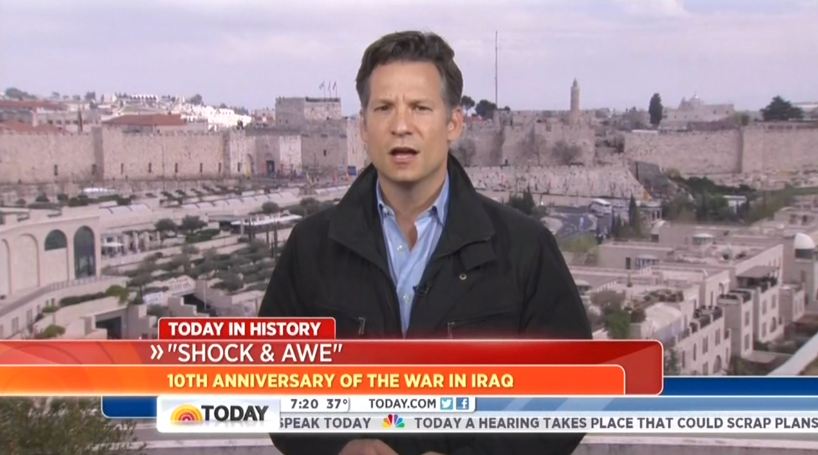 NBC (owned then by GE) building, selling, marketing and profiting from war.

While profit rules above people, peace and planet, while our governments continue to outsource their military interventions to private for-profit corporations, we can never truly have peace.

How can you help?

Previous: There's more to Capitalism than Profit
Next: Save Money on Internet Costs

There's more to Capitalism than Profit

Capitalism shouldn't just about maximizing profits. Evolving Capitalism (Capitalism 2.0) is about the balance between wealth creation and wealth distribution....