Latest
Home / Capitalism 1.0 - Prioritizing Profits / To Vaccinate or not to Vaccinate, that is the Distraction

To Vaccinate or not to Vaccinate, that is the Distraction 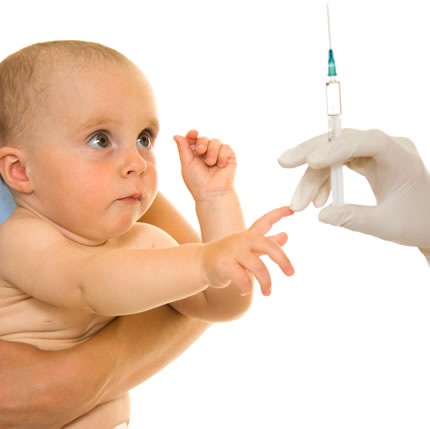 In the media, the debate to vaccinate or not to vaccinate is back on top. Do you vaccinate your child against all those nasty little beasties knocking at your door, or do you take your chances and risk your child’s possible death? Perhaps the worst beasties and risks are in the vaccines themselves! But what if? Yes, but…….

I won’t repeat the endless debate here. The choice is a personal one based on your own rational thought. As always though, the debate in the media generally isn’t from rational people, is it? 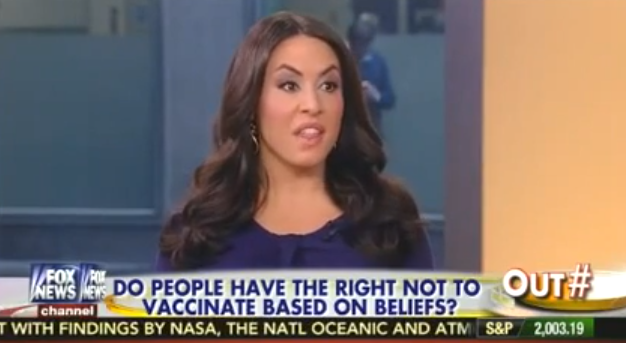 Fox News, the leading cause of stupidity in America, continues endless, senseless debate 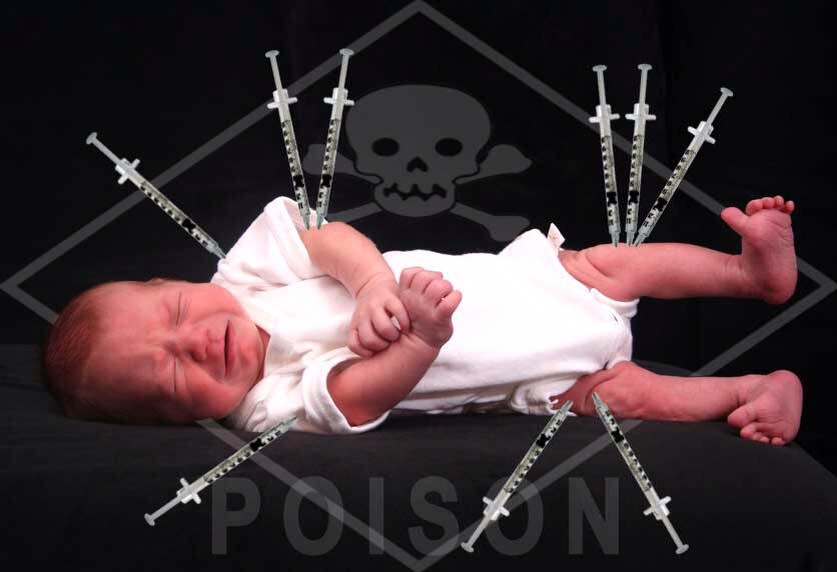 The debate is another example of the media’s paranoia-inducing distraction tactics that knows debate sells more papers than rational discussion. It’s better to have two idiotic pundits on the news throwing out contradicting “facts” than to actually examine the facts in any detail. Distract the public with pithy headlines so we don’t stop to question the REAL problem: Trust.

Do we trust the multi-billion dollar pharmaceutical industry?

I’m not going to tell you if you should vaccinate or not to vaccinate. That’s a personal choice for your family to make which, like your religious choices, should be kept to yourself. If you expect others to respect your choice then you should jolly well respect the choice of others, regardless of agreement.

That said, as was recently explained to me, your choice not to vaccinate can affect those who can’t afford a vaccination or are not able to vaccinate (such as infants too young for vaccines, those fighting cancer with chemotherapy, those with weakened immune systems, or those who were vaccinated but for whatever reason it didn’t take. – Thanks Han Kim). If, despite these risks, you choose not to vaccinate you or your family, I’m not going to argue with you.

I’m not here to debate the debate, I’m here to point out that this debate is a perfect example of the problems of Capitalism 1.0!

Capitalism 1.0, as you know, is all about people putting profit above everything else and the vaccination debate is a great example of why we need to make profit the third priority (Capitalism 2.0).

As always, I argue priority #1 should be World Peace & a healthy eco-system (you can’t have one without the other) and in this case, priority #2 should be the health of our bodies. Profit should be Priority #3.

Under Capitalism 1.0 we have:

To sell news, the media simplifies the problem into two ideologies: You are a pro-vaxer, or an anti-vaxer.

Your reasons to vaccinate or not to vaccinate matter not, just pick a side and expect to be told you are wrong. The media dishes out photos and “facts” to support one side and then the other to perpetuate the argument until a better story comes along. And repeat. Don’t solve the debate, just continue it, ad nauseam. 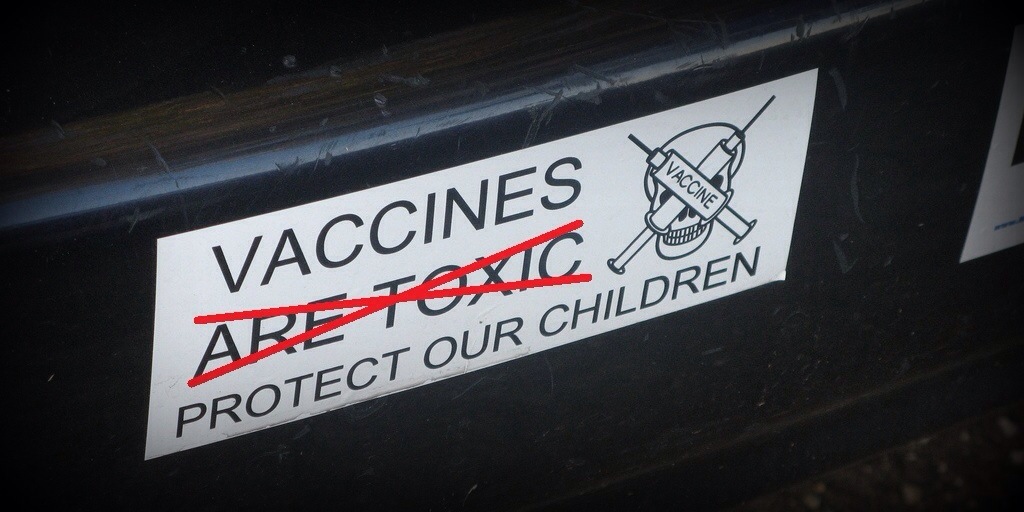 From the “anti-vaxers” I’ve spoken with, it’s clear that their reasons for not vaccinating themselves and their children isn’t about their belief in whether or not vaccines work, which is what the media focus on, it’s about not trusting the companies making the vaccines. I’ve never seen any media mention this. Trust in the corporations isn’t discussed.

The big pharmaceutical companies make trillions of dollars each year selling products that they claim save lives. Now, by law, shareholders must be a CEO’s primary concern, so isn’t there a conflict of interest here?

We all know people that are over-medicated as well as those who can’t afford the medicine they need.

What about all the strange additives these companies put in their “medicine”? Are they needed for health reasons or just to keep us hooked on their cures? Dunno –I’m no expert in medicine– but cigarette companies add crap to make tobacco more addictive so the precedent has been set. 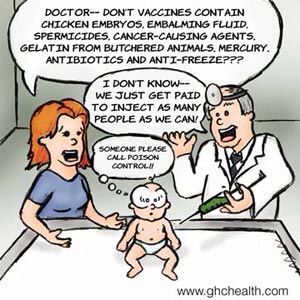 Are additives useful or just profitable?

Then there’s Intellectual Property, IP. That’s the patents, copyrights and trademarks whose royalties make up a huge percentage of revenue. Legally, thankfully/currently, you can’t patent compounds or natural products. So there’s not much profit in true plant medicine, natural remedies, natural healing or an active outdoor lifestyle. But you can patent the extracted active properties of plants if they’re manipulated enough to be uniquely available from your lab. Many believe this extraction kills many of the health benefits of the plant, rendering the drug less effective, but that’s for the experts to debate. Some believe a compound called DCA can cure cancer. Studies have also shown that marijuana can as well – but as compounds and plants can be patented, the profit margin isn’t worth Big Pharma’s time.

See some of the problems here?

How can an industry focused on profits be trusted with our health?

Healthcare might just be the #1 example of why profit-first models are bound to fail. Insurance is a close second.

When a company that claims to care about your health actually cares first about their shareholders, the patients can’t trust them.

A lack of Trust is the real reason for this vaccine debate.

People don’t trust that profit-focused Big Pharma actually has the patient’s best interest at heart. They believe a company will sell as many vaccinations as possible, not as many as needed.

They believe these companies know that there’s limited profit in curing a disease.

Some go so far as to believe vaccinations are a conspiracy tied to population control – especially thanks to Bill Gates’ admissions of interest in such a thing (see more: here, here, here, here and here)

At the end of the day, the questions remain:

How can a profit-focused company be trusted to deliver healthcare that is effective, trustworthy, and necessary? They can’t.

How can a profit-focused media machine be trusted to tell us the truth instead of just maximizing readership? They can’t.

To vaccinate or not to vaccinate is your choice. Make it, and move on. Turn off your tv, close your newsfeed and recognize that the media isn’t interested in answers, they’re interested in distractions.

When profit is moved to a third priority we can once again trust that Big Pharma is interested first in our well-being. Vaccinating you and your family from preventable disease makes sense. Maximizing profits before helping your fellow man does not.

Meanwhile, media distracts you with anything it can to stop you asking the real question:

What would our world look like if Big Pharma and mass-media were Non-Profit, Social Enterprises focusing on the common good before profit?

I have some ideas, but what do you think?

Previous: Philosophically Speaking
Next: What I’ve Learned from Downton Abbey

Fear is our primary road block to change. The control you have over your own mind is the key to...