A number of years ago I started a website subtly named, “The Dummification of Mankind”. The premise was to vent a few thoughts about human progress versus the blatant and on-going celebration of stupidity in today’s world – especially in the media and the stock markets. I’m sorry to say that while the blog didn’t last, it’s clear the celebration is still going strong.

On the former, I have and will do and say, things that other people might consider fairly stupid, so who am I to judge the stupidity of others? Besides, who has the time?? I have iTunes libraries to organize!

On the latter, however, lets talk again about profit.

Must profitability come before progress? 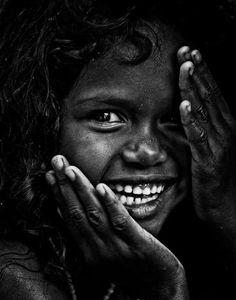 Reflecting on the world’s issues for a moment, consider my continued argument, that we have all created a world that prioritizes profit above everything else. The economy and jobs come first in most “civilized” nations these days and even our “politicians” answer to the banks. Profit rules, so we really shouldn’t be surprised by the state of things.

From self-help to yoga, heroin to viagra, education to incarceration, the path of a product, system, or trademark from conception to where it is today, was directed, primarily, on profitability. (My, what, a, lot, of, commas,.)

We needed profit (money) to get to where we are today (and we’re jolly lucky to live in the time that we do and have what we have!) My generation is especially lucky–white people most of all.

In spite of some horrific mistakes (many of them on-going) I am well aware that without capitalism we wouldn’t be where we are today – for better and for worse. Again, this site isn’t anti-money or anti-capitalism, or anti-anything, really.

Now, taken without judgement and looking with a very wide-angle, rose-coloured lens, the state of the world today is based on the vast majority of people doing awesome things with awesome people. It’s only a handful of people who use their power/wealth/connections to unfairly exploit the awesome majority in order to maximize profits and minimize change. Why minimize change? For these people, the world is working perfectly fine, thank you very much. Why would these dinosaurs want change?? 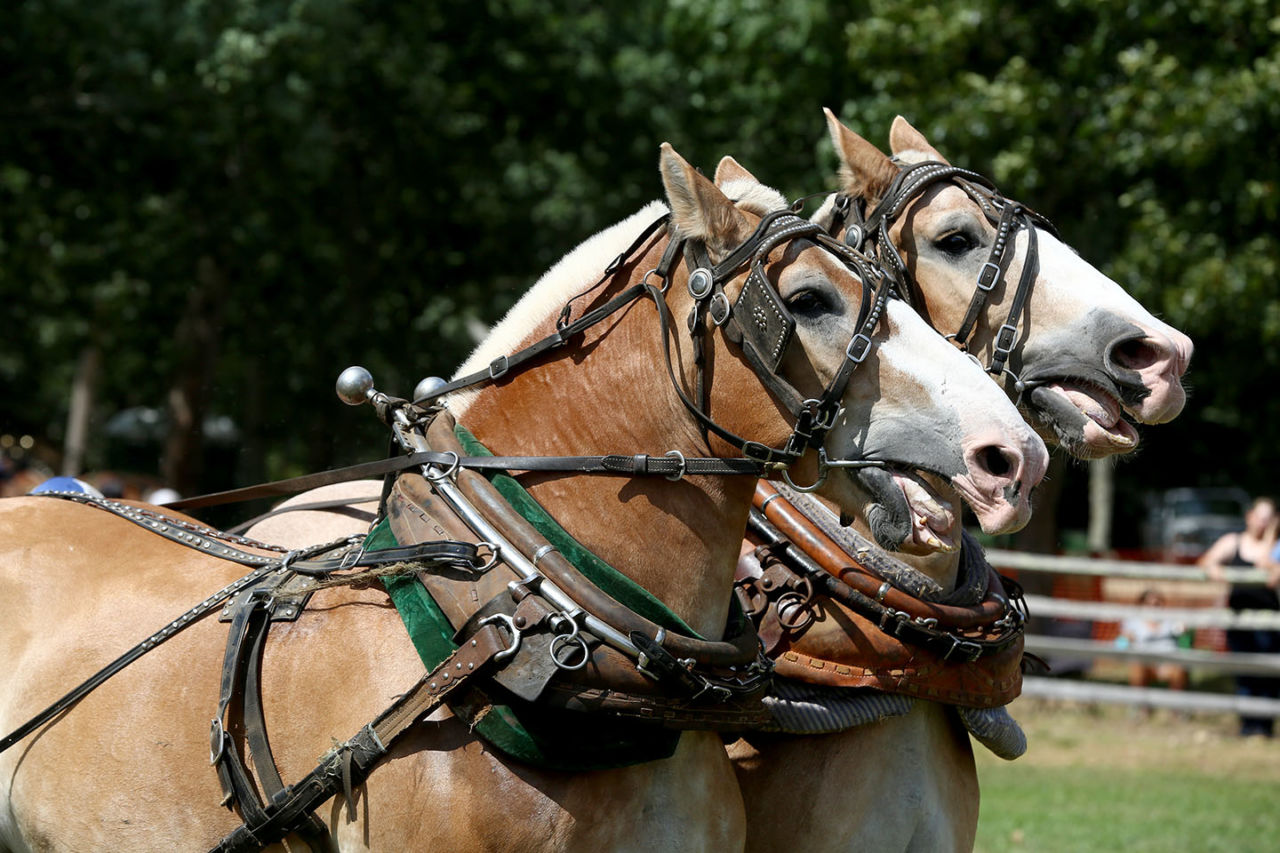 I envision a team of Budweiser draft horses desperately trying to pull their wagon at break-neck speed but are instead left straining, veiny and sweaty, against reins held so tightly that they are left crawling down the road at a snail’s pace, huffing and snorting. The horses are progress, the drivers are the dinosaurs, and all around them are the capitalists, figuring out ways to maximize profits on outdated ideas before investing in the latest innovations. (I need someone to draw that for me…) 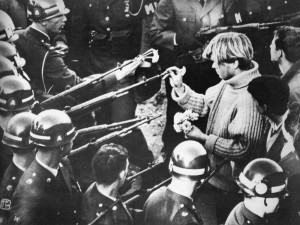 Change… Progress… wants to charge ahead at full speed. History, as it’s been written, shows that rapid change leads to chaos. From a humanist perspective, rapid change led to cultural, spiritual, and, of course, economic revolutions. Understandably, the powers-that-be didn’t like them one damn bit. The majority, in these cases, gains a few basic human rights and starts feeling empowered but we won’t be having that, will we Mr. Protester/”Paper Terrorist”?

We here at I’m No Expert believe that where the world heads tomorrow will be entirely up to the awesome people just as soon as the awesome people realize that they have the power of critical mass. In the meantime, with strategic investing, political and corporate influence and the unmatched wealth with which to buy competition, innovation, and patents, progress will remain slowed to optimum profitability instead of optimum human benefit.

That isn’t a Conspiracy, that’s Capitalism.

And thus, the “Change Must Be Slow” narrative continues… 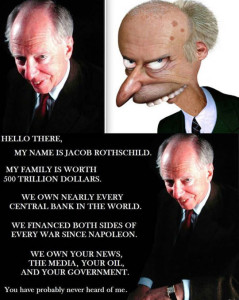 Where the “conspiracy theorists” go wrong is in thinking these elite individuals must be evil psychopaths. Instead, think of how the head of Downton Abbey felt about the changes to the class system in post WW1 England. He understands that change is necessary, but believes the chaos it causes often outweighs the intended benefits of the change itself. He did whatever he could to maintain order and the “normal” way of life. Right or wrong, the elite want things to stay just as they are or, specifically, “just as things have always been.” These guys aren’t evil (well, statistically a few of them might be) they’re just human beings with a “god-given duty” to lord over the masses and keep us alive and well. It’s a balancing act of “Just Enough” – just enough so we won’t storm their castles or thrive without their control.

By the way, this isn’t a conspiracy either, it’s history – Netflix is full of period dramas so you don’t even have to read about it! 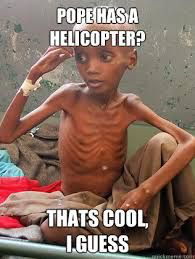 I’m No Expert on history, but Netflix tells me that throughout time we’ve been in a constant cycle of war and relative peace. Relative because we never achieve true World Peace. We have peace in some places thanks to the exploitation of other places. Today is no different, and if you don’t live in those other places, don’t ever complain about your life!

While public hangings and whippings work brilliantly to control the masses, thus controlling change, the people who have presidents and heads of international corporations on speed-dial understand that distraction and fear are the best ways to maintain the order of things these days.

While war is great for profits, peace be what the people want, yo! As long as the elite believe the masses aren’t looking to storm their castles, enormous amounts of money and effort will be spent on creating distraction and fear.

So far, nothing new, right? And thus we come to the celebration of stupidity.

The celebration of stupidity

Again, I’m No Expert on this stuff, but common sense tells me it’s easier to distract a ‘stupid’ person than a ‘smart’ person, right? “Stupid,” in this case, simply means “not thinking.” People who think are less likely to give in to fear tactics (bogey men and international terrorists within our borders, etc.) and less likely to be distracted than people who don’t think.

Most of the distractions (stories, products, tools and indoctrinated thinking) are used to separate the awesome people into factions, thus diluting our unified strength and empowering the elite minority. These distractions are so blatant and ridiculous that you can’t not see them for what they really are. You know that daytime and reality television is scripted, that you are your own worst critic, and that M&Ms will eventually melt in your hand, however, each of us will inevitably fall for some of the distractions.

Very smart people are employed solely to make sure of this. In fact, between your FaceBook timeline and your social calendar you’ll find 90% of your personally selected distractions. Face it, some distractions are awesome and well deserved! It’s the rest of the distractions we try to ignore. Of course, “the rest of them” is entirely subjective. 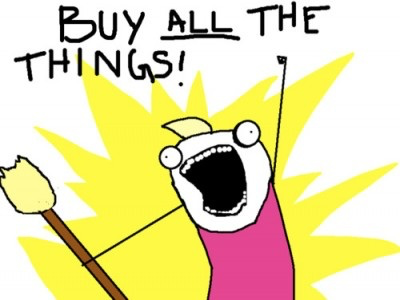 Now, you all know how to boot a computer, so clearly, this is a thinking-kinda audience. I’d even hazard a guess that, like me, while you enjoy some of the distractions some of the time, you aren’t a victim to all of them. You are not like those people you see on daytime television and at Donald Trump rallies. In fact, despite what the media suggests, my extensive research has shown me that the vast majority of people are not at all mindless victims of this media-fueled, inadequacy-promoting, fear and distraction crap.

The only people who seem genuine victims of this fear and distraction are the very people telling us the stories and feeding us the fear – the military men, politicians, and Fox News personalities.

These people, however, aren’t the controlling elite – they’re just employees, and it takes thousands more people to deliver this message across our media. These are reasonably normal people with very unreasonable jobs. As Mandela said, “There are no evil people, just people with evil jobs.” They do it for the paycheque – they do it for profit!

Golly. What a revelation.

Media minions aside, thousands more of us are employed by companies that use “Inadequacy Marketing” to push products on each other that none of us really need. Even more of us run small businesses, driving prices into the ground to “beat the competition”, even though the competition is our own neighbours who are struggling right alongside us! We have been indoctrinated to believe there’s not enough to go around, and that “success” requires us to compete. “Against who?” one might ask.

We, the middle class, box each other into categories, consumer groups, and repressed minorities because we have been repeating a lie for the past 80 years. Separation doesn’t create a better world or a safer world, it just creates a more profitable one.

Our obsession with putting profit above everything else has quite literally created a world where the masses get paid to deliver the progress-limiting narrative of scarcity and competition back to ourselves without recognizing we’re doing it, and without realizing we’ve started to believe our own bullshit – all under the guise of a “career!”

So what happened to the “Dummification of Mankind” blog? Once I realized I was part of a mass hysteria, distracted and fearful of a system I was helping to build (all to earn a paycheque) I got pretty bored with pointing fingers at myself.

Distracting ourselves with our own distractions

We have devised a thousand ways to separate us, the awesome majority, into finger-pointing factions and Facebook groups, incapable of effecting major change. Yet we wonder why so many of us feel disconnected, out of time, uninspired and helpless.

It’s time to recognize that we all work for a global machine that has been built by us, over generations, under the promise of paycheques, “financial freedom” and “retirement comforts.”

The good news is that we built the system, so we can choose to destroy it, rebuild it, or evolve it.

Like that scene in The Matrix, most of us today aren’t even aware this machine exists – let alone how the damn thing works. Poor people (most people) have no choice but to face the life they’ve been given. The elite love the world we have built for them.

The elite didn’t build this machine, WE did, so WE can fix it. In the same way that green energy and hemp have “finally arrived,” the elites hope we will continue to be distracted until change is in their best, profitable interests… then they’ll invest. Until then, change starts with us… as it always has.

This multi-generational investor class (the 0.01%) have held the reigns (and perhaps a few whips) for centuries, but before the rest of us point fingers at “who’s to blame” for the state of the world today, let’s remember to take a moment to look in the mirror and breathe… and imagine what we could build if we all collaborated on solutions instead of just pointing at each other and complaining about the problems.

The future of the world is in the hands of those that built it.

The direction we take tomorrow is up to all of us.

Previous: 10 Simple Changes for a Better World
Next: What exactly IS Capitalism 2.0?

10 Simple Changes for a Better World

10 Simple Changes for a Better World

It's easy to be overwhelmed with the World's issues. Here are 10 simple changes for a better world that only...