Conspiracy Theories & How they Help

According to Wikipedia (a CIA/MOSSAD disinformation engine by the way!):

“A Conspiracy Theory is an explanatory proposition that accuses two or more persons, a group, or an organization of having caused or covered up, through secret planning and deliberate action, an illegal or harmful event or situation.”

“Conspiracy theories are a bloody fun way to explain what might really be going on in the world.”

Conspiracy Theories And What We’re Capable of

If you question why the U.S. is privatizing their military, why the world is going deeper in to debt while the 1% are reaching staggering levels of wealth, or why none of our politicians seem to listen to us, Conspiracy Theories might just be the explanations you are looking for.

Once you have eliminated the impossible, whatever remains, however improbable, must be the truth. – Mr. Spock (and Sherlock Holmes)

Last summer I chatted with a barber who used to cut the hair for one of JFK’s secret service men. He who was next to the limo when JFK was shot. The truth behind JFK might be one of the most famous Conspiracy Theories of all, right? Interestingly, the SS man (now deceased) fled to Canada because he “knew the truth”. Golly.

The Illuminati, the New World Order, alien encounters and the September 11th “bombing/false flag” of the World Trade Center’s Twin Towers (and the mysterious collapse of the untouched Building 7) are good ones as well.  How about HAARP and its involvement with the recent earthquakes? As time goes on and classified documents are released many historical “conspiracy theories” have proven true, yet many people still refuse to look at today’s world through different glasses. Why? What’s wrong with another perspective?

In this section of the site, I won’t be going in to who shot Kennedy. Instead, I’ll share with you how some Conspiracy Theories seem to be the only story that fits what is happening in the world today. They may or may not be true, who cares, it’s the that story makes you think.

Previous: What I’ve Learned from Downton Abbey
Next: Escape Plan & the Danger of For Profit Prisons 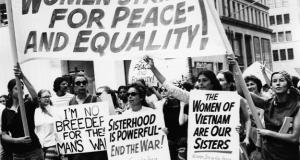 What do Feminists, #BlackLives, #HeForShe, #SocialEnterprise Have In Common?

What I’ve Learned from Downton Abbey

How Downton Abbey's Upper Class view the lower class (and vice versa) are relevant today, as are the fears of...